“Schools should teach young people about how to identify ‘fake news’”, says the Organisation for Economic Co-operation and Development’s education director, Andreas Schleicher, in a recent BBC news article. “Exposing fake news, being aware that there is something like fake news, that there is something that is not necessarily true, that you have to question, think critically – that’s a very important task.”

Schleicher also warns that social media can encourage people to “communicate and collaborate increasingly just with people who are similar” and people are “not prepared to see diversity as something positive”.

How often do we question what we read or see on news sites and how often do we challenge our students to do the same?
Where are our go-to places for news these days? Do we use traditional news sites or do we get our news updates from the people we follow on Twitter, Instagram and Snapchat?
Are we influenced by the opinions of our friends on social media, such as Facebook?
Are our beliefs challenged or reinforced through our use of social media? What about our students?
Are our students able to make informed opinions based on the news they are exposed to? 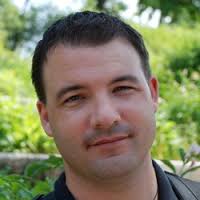 Being able to tell what is true from what is not requires critical judgement. This session will focus on the skills that every student needs to have for researching on the internet in today’s era of social media and falsified news.

Jeff Utecht is an educational technology consultant, educator and author. He holds a Master’s degree in Curriculum and Instruction with a focus in Technology as well as his administrative certification through Washington State. Jeff began his career in the Elementary Classroom at a public school in Washington State. In 2001, he was the recipient of a Bill and Melinda Gates Grant called the Technology Leadership Program.

Jeff has taught at International Schools in the Middle East and Asia. Moving from a classroom teacher into technology facilitator roles and administrative positions, Jeff began sharing his passion for learning via his blog The Thinking Stick in 2005. In 2007, he was invited to create an innovative conference focusing on learning and technology; the Learning 2.0 Conference was initiated. Jeff authored chapters in numerous books, worked as the educational consultant for a wiki company, and began speaking at schools and educational events around the globe. He has worked with politicians in Washington DC and participated in The Educational Project at the invitation of the Prince of Bahrain. In 2010 Jeff was invited to present at the first TEDx conference in Bangkok, Thailand.

Jeff has started numerous businesses aimed at helping educators teach in a new connected world. Jeff co-founded the Certificate Of Educational Technology and Information Literacy program (coetail.com) in 2010. In 2014, he founded Eduro Learning Inc. (edurolearning.com) a professional development consulting and online course company. Also in 2014, Jeff helped to establish the Learning2 Conference as a Not-For Profit company, bringing this innovative conference to the world.

To learn more about Jeff Utecht, visit his website.